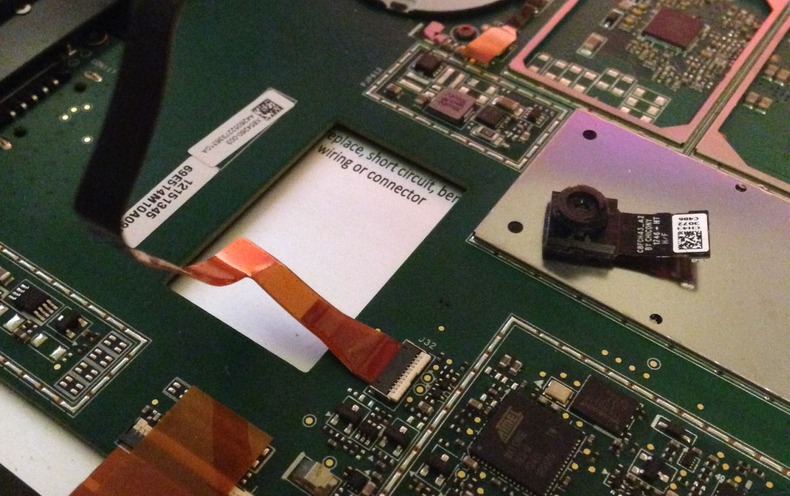 We have a client that went all in with the first generation Surface Pro, many of their staff are using the tablets as their daily driver and only computer. Earlier this afternoon I responded to what is usually a typical situation for IT professionals - dead computer, we need data on the hard drive.

With the Surface things aren’t quite so simple. Most folks would say, myself included, that a) any important data should always be backed up b) with the prevalence of online storage surely anything really important would be in OneDrive or Dropbox?

Indeed - when calling Surface support the technician even specifically referenced OneDrive. Although I have to say its almost like saying you can’t trust the local storage which I don’t think is a fair burden to put on the owner of something Microsoft wants to compete with Ultrabooks. Anyway, I was mainly calling Microsoft to find out what our out of warranty options were - there is only one, pay $300 for a replacement unit. Microsoft will not make any attempt to recover data from the dead Surface. This is also typical, if you send your PC back to Dell or HP the hard drive gets wiped, or is given to the NSA, or perhaps fed to the troll responsible for trying to make PC notebooks look like a Macbook. So I can’t really fault Microsoft for not offering data recovery.

Except… this left us with the option I figured on from the start, cracking open the dead tablet like a delicious coconut. iFixit rates the Surface Pro with its least “repairable” rating - 1/10. Apparently we were lucky to be dealing with the first gen, its only gotten worse with more recent models. There are no screws holding the unit together, save two that attach the kickstand. Instead what I can only describe as black tar made by the Devil himself attaches the screen to the chassis of the tablet. I told our client that this unit was done, there was no way I wasn’t going to destroy the thing taking it apart. After a short treatment with the heatgun I could sort of pry up the screen. I decided to be as brutal as I needed to be with the screen to avoid too much heatgun action damaging the drive.

Finally with the screen removed, and only a few cuts from the microscopic glass shards produced, we set to work on the interior. The mSATA drive is on the reverse of the motherboard which is secured to the tablet with dozens and dozens of torx screws. Very, very small torx screws I came to find out. The Surface Pro uses T2 and T3 torx screws, some of the smallest out there and so small that my trusty Torx set didn’t include them.

So that’s where I am, with half a dead tablet. Waiting on a 40 dollar Torx set (the only one I could find with T2 and T3 heads on Amazon). And a mSATA adapter. Because of course the drive is mSATA. ;)