Who's at the door?

Home Automation is the Deadwood of the technological Wild West. An illegal settlement, in violation of various treaties, run by murderers and thieves. A modern Wild Bill Hickok killed when his Works With Nest integration is suddenly sunset by a cowardly Google.

One day Home Automation will be tamed. Things will Just Work, you’ll be able to buy automated lights, fans, thermostats, locks, and cameras that don’t all have their own wireless standard, hub and app. Or more than likely when a house is built all of this stuff will just be put in along with the water heater and electrical. For now - its all kind of a hell ride.

For smart home hobbyists1, Home Assistant and Node-RED really help tie the room together. The purpose of this post is to go into how I send a short video clip to my wife and I’s phones whenever a person is detected at our front door.

The automation started modestly. I thought I wanted to get a recording on my phone whenever our front door camera detected motion. That evolved into only getting a clip when both my wife and I were away, so we weren’t getting clips of each other walking out to check the mail. But we did want to get a clip when we’re home if motion was detected at night. And finally I don’t want a clip at all unless there’s a person there - mostly due to getting 20 recordings a night of a mayfly buzzing around. 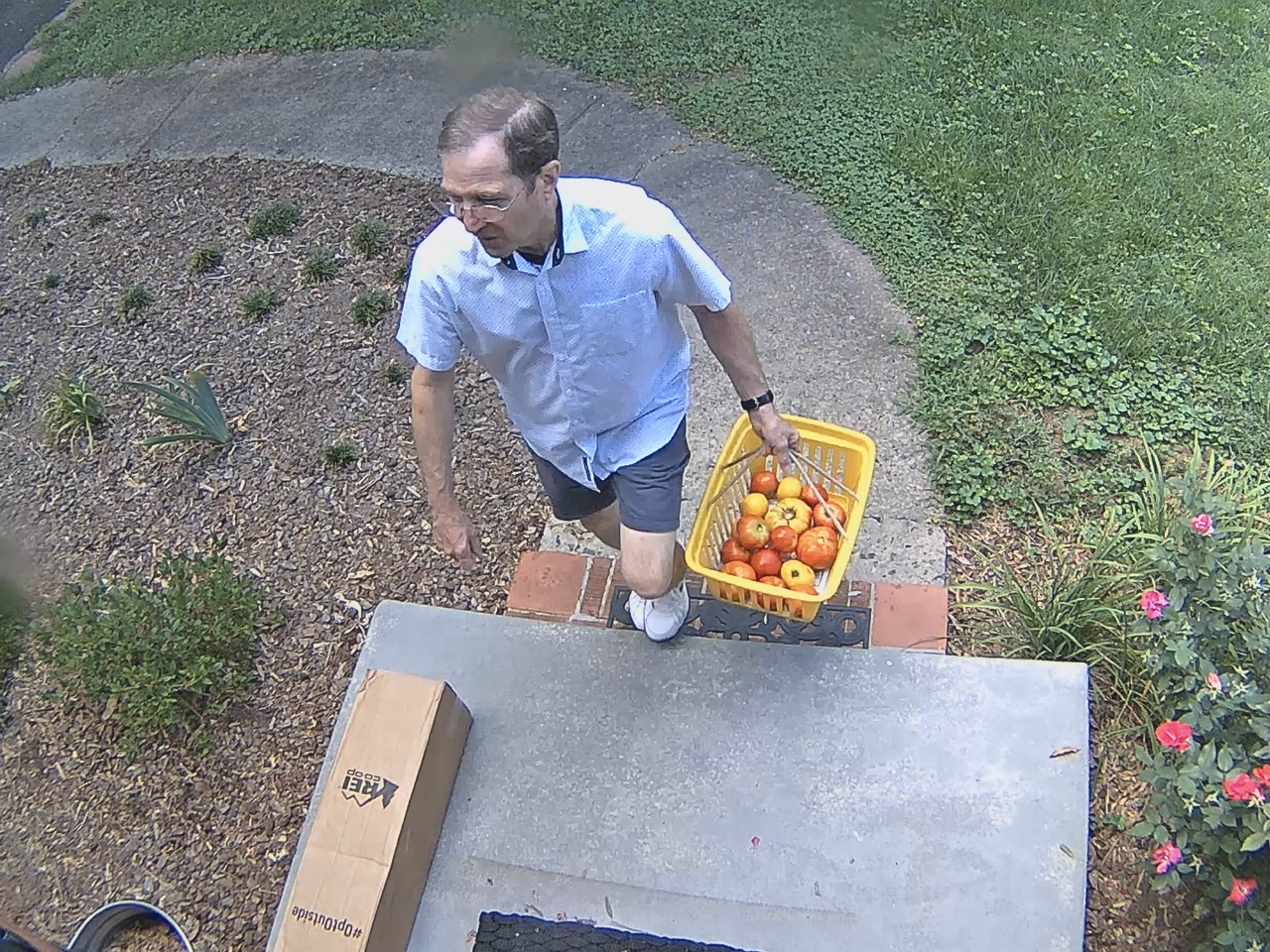 We have several Axis cameras, which have a ton of options on board for motion detection, clip recording, etc. The model I’m using for this is an M3026. I imagine that future versions will have some pre-trained machine learning onboard so they can perform their own hot dog/not hot dog type detection.

Really the only other hardware that matters is the Raspberry Pi3 that runs Home Assistant and Node-RED. The camera is just connected to the local network via a PoE switch.

Here is the Node-RED flow for the automation. (source here)

Theres also some error/debug logging. I can run sudo journalctl -f -u nodered -o cat on the Pi to check the output of ffmpeg and the ruby script.

There are a few ways the clip can be recorded. I initially had a stream setup for the camera in Home Assistant but this proved to be error prone. Also when dealing with motion detection you really need to start the clip recording several seconds before motion is detected. Otherwise you end up with a video of someone walking away. Luckily Axis (and most IP cameras) have a “look behind” type feature for motion triggered recordings.

You’re probably wondering why I have ffmpeg running to convert the clip. That was the most frustrating part of this process. There are a myriad of different ways you can send notifications from Home Assistant to a smartphone. If you’d like to send a notification with an auto playing video clip - Telegram is your best option (at least in my experience2). In order to send a video clip through Telegram it must be an mp4 (which it then converts to a gif for… reasons). And even though the Axis camera has the ability to produce mp4 files instead of mkv, I could not get these to send via Telegram.

That’s where ffmpeg comes in. Its entire purpose is to convert the video. ffmpeg -hide_banner -loglevel info -i /home/pi/tmp/frontdoor.mkv -codec copy /tmp/frontdoor.mp4 -y

Finally, the last part of the automation. Axis has all sorts of ways you can cut down on the noise with motion detection - these cameras are so sensitive I’m pretty sure they can detect a bee fart. So for instance - detection can look at only part of the video frame, or ignore objects that appear briefly, or that are small, or that are “swaying” (trees). However, after endlessly tweaking these options I was still getting clips of shadows or the damn insects that swarm the camera at night. 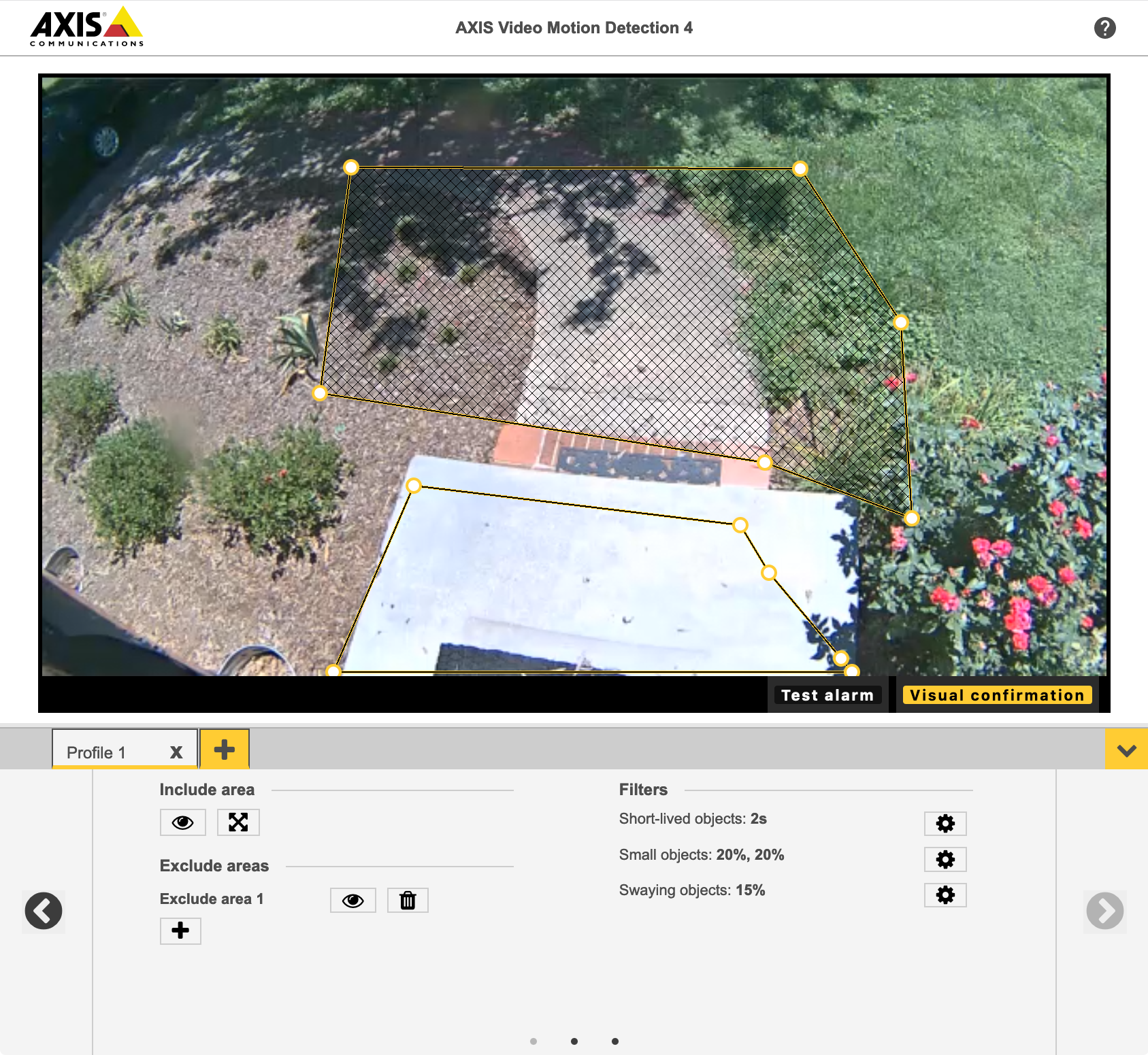 But hey, its the future, the all powerful AI robots that eat old people’s medicine for fuel can just tell me if there’s a person in the clip or not.

Initially I wanted to use something like ImageAI to run the person detection locally. This worked out great in testing on my laptop. The Video Object Detection tutorial detailed how to process a video clip and get back information about the types of objects detected. 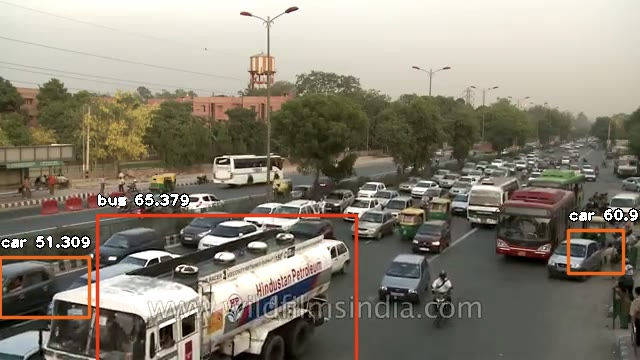 However, ImageAI proved to be a complete pain in the ass to get setup on the Pi3 (basically dependency hell, and one of the Pi’s CDNs was flapping). Its also a somewhat CPU/GPU intensive process and may have taken an inordinate amount of time on the Pi3’s poor little CPU.

I decided to check out AWS Rekognition instead. So rather than processing the clip locally, I’ll upload it to S3 and use Rekognition’s labeling feature to tell me if there’s any humans in the clip.

Rekognition object labeling is dead simple - upload a clip, get a job ID, once that job is complete you get back an array of all the different types of objects detected. Unfortunately for me (and Amazon) if you search for anything related to Rekognition you get back a ton of articles about cops using it to profile minorities and other dystopian headlines, instead of how to actually use it. Amazon’s official docs are decent but for some reason insist that you use several other AWS services along with Rekognition just to determine when your job is finished. A friend’s theory is this is to lock you into the ecosystem because now you’re dependent on a half dozen services rather than just two.

Here’s the simple Ruby script the automation uses to run detection on the clip:

Run detect.rb ./somevideo.mp4 and we upload the clip to S3, give the S3 object to Rekognition, wait for the job to finish.

Usually this process takes about 30 seconds but I’ve seen it take several minutes. Tuning ImageAI I was able to get results in just a few seconds. I wish Rekognition had more options for the label function, like to increase speed at the cost of accuracy. The min_confidence option is just 1-100% confidence threshold in order for some potential object type to be labeled.

The script makes use of exit codes to aid in processing on Node-RED. We check for an exit code of 0 before sending the clip. If the script times out, fails for some other reason, or no people are detected the exit code will be 1 and the automation will stop.

And thats it. Several weeks of trial and error to basically get a clip of the mailman every day. 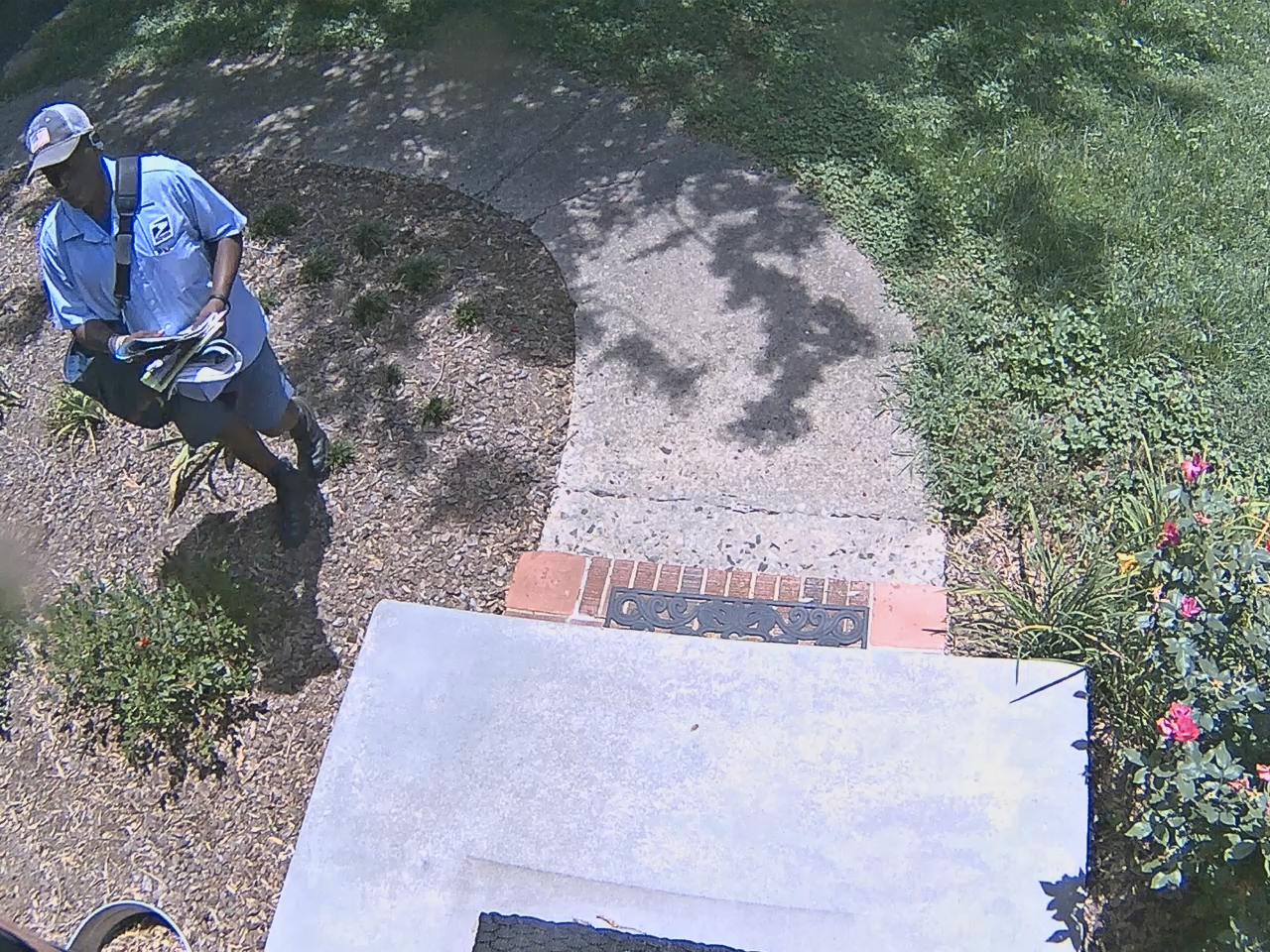